In between birth and death, every human is tasked with making choices which will directly affect their future. However, we aren’t born with the maturity or wisdom necessary to choose right and guarantee a stable, secure, and comfortable life as an adult. We are given parents to teach and guide us until we are competent on our own. But… not everyone is so fortunate to be born into a family with both parents present, let alone have them be capable of providing the nurturing and support a child needs to tame the wild oats they love so much to sow. This can make a difference in the kind of life one will come to have as an adult.

Sometimes, it’s not even about the parents. Sometimes the child is just too adventurous and independent to be tamed by anyone other than himself. Either way, not everyone has the early foundation put in place to ensure they are prosperous in what they do. Sometimes their fixations with living on the edge will lead them down dangerous or unorthodox roads. When realized sooner, rather than later, it’s much easier to jump back on track and rebuild again. Eventually, though, time catches up with us, as it always does, and the hope for an easy, comfortable life is lost on them forever.

When one has to learn the hard way about everything, there’s undoubtedly a price to be paid. No amount of begging the universe, praying to a higher power, or wishing on a lucky star will change one’s fate – every choice, every decision, every action that is taken – leads us to where we are. People like to turn a blind eye while promising that it’s never too late, but that couldn’t be farther from the truth.

Take my husband, for example. He was a mischievous little rebel who partied way too hard throughout his teens and twenties. This led to him spending the majority of his thirties battling various addictions, as he only managed to escape one by substituting it with another. From alcohol to prescription pills, excessive exercising/body image obsession to gambling, this man has experienced more layers of Hell in his mind then I even knew existed. He ended up with a pretty decent rap sheet on file with law enforcement, labeling him as a three-time felon, by the end of his wild oat sowing run.

There’s no taking any of it back. He would sell his soul to be able to, believe me, but he can’t. There is nothing more he can do but accept what is because of what was and make the most out of the situation he is in. Life is anything but easy or comfortable. Financial stability, not even security, is a merely a fantasy which will never come to fruition. Job options and opportunities are extremely limited for those like him, for the system was not designed to give anyone a second chance, let alone the benefit of doubt for their change of ways. Our justice system may have been founded on the premise of innocent until proven guilty, but society runs on the opposite line where people are always guilty until they prove, but, also, demonstrate and rescind their innocence for eternity to come. They call this, Democracy. I call this, bullshit.

No wonder mental health issues are on the rise. No wonder so many people are angry, cynical, and jaded. No wonder poverty is a cycle that sucks in generation after generation after generation of families. There is no wiggle room in the equation necessary to have the stereotypical successful life we are taught to covet through constant subliminal messaging about materialism and image projection. While there’s always an example of an exception to be found, those are merely an aberration formed in the alignment of perfect circumstances which rarely develop for the majority of folks. A stroke of sheer luck, to sound cliche if you will.

As it is, society’s definition of a successful life reads like Darwin’s theory on Survival Of The Fittest and Asch’s Social Conformity experiments merged while a blind eye was turned to the history of humanity which proves, time and time again, how oppressive this structure is for all but a select few.

I will never understand how such a superior animal species became so entirely self-serving and greed-driven. So neglectful and uncompassionate towards the well-being and comfort of their fellow citizens. Why there is only one respected avenue for success for which we judge all others by? To me, it seems, humans are not worthy of the superiority label they have claimed, for our standards of living are more barbaric and inclusive than any other species I have studied during my years of education. 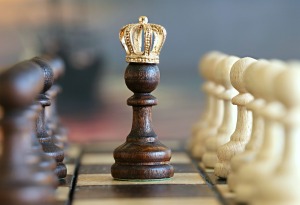 Today’s post is a writing challenge. This is how it works: participating bloggers picked 4 – 6 words or short phrases for someone else to craft into a post. All words must be used at least once and all the posts will be unique as each writer has received their own set of words. That’s the challenge, here’s a fun twist; no one who’s participating knows who got their words and in what direction the writer will take them. Until now.

They were submitted by: http://climaxedtheblog.blogspot.com

Links to the other “Use Your Words” posts:

Baking In A Tornado

The Diary of an Alzheimer’s Caregiver

Not That Sarah Michelle

The Daily Rantings Of An Angrivated Mom

The Daily Rantings Of An Angrivated Mom